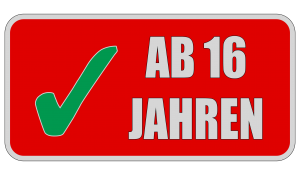 To be honest, I‘ve never experienced something so amazing like Lasergame. It was the first time I played, but it was definitly not the last time! Normally people are just giving a review if something goes bad… but in this case it’s definitly worth to give my experience to people who are thinking of lasergame like how I did before. Last Tuesday we had a teambuilding Event and decided weeks ago to play Lasertag. At the beginning I wasn‘t that convinced… ‚Lasergame was for Kids and not that funny‘ I said. But after our group of 10 arriving at the Location, i was kind of surprise. The entrance was weird and it was a bunker, but the feeling to go in there was very interesting. The teamleader was very friendly and his charisma gave us an exciting feeling. We were all curious about what is going to happen next. The instruction for the game package ‚HERO‘ was literally sick. Basically we were all speechless. We noticed it’s getting more serious but he was also giving a lot of jokes, and it was a long time ago, I laughed that much. After starting the first game I was out of breath. Lasergame is definitly a sport, and you shouldn‘t underestimate it. And we still had two more games left … you can‘t describe it in words… it was absolutly amazing. LASERGAME is the BEST sport for sure!!! Having fun plus doing sport is worth spending money on, trust me!! But one SPECIAL THANKS to the teamleader, who made that happen. Especially because of him, we could experience such a nice event. I don‘t know if I ever seen a customer care like that. Thanks a lot for that well organised event!

A truly memorable experience! Coming in with a group of 16 people unannounced, we discovered that we should have booked in advance. But despite this, these guys went to great lengths to get us in. Exceptional service!